Things we can do to improve the Indian Public education system 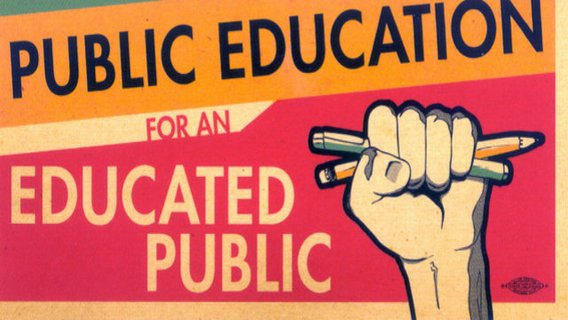 Education in India is provided by public schools and private schools, controlled and funded by three levels: central, state and local. Under various articles of the Indian Constitution, free and compulsory education is provided as a fundamental right to children between the ages of 6 and 14. The approximate ratio of public schools to private schools in India is 7:5. Right now in India are 250 million children and they attending approximately 1 million schools. Statistic data tells us that in 2001 18% of Indian children were attending private schools, and today 30% to 40% of these students are enrolled in private schools. The estimate is that by 2025 the proportion will be 75% if the current trend continues.

All over the world private schools have been the mark of the elite. In most nations, the state takes responsibility to educate children, and the majority is enrolled in public schools.

Beginning in the year 2000, the authorities in India put in action two educational reforms. The first one was Sarva Shiksha Abhiyan (SSA) and then the Right to Education Act (RTE). The positive effects of these two reforms were the fact that enrolment numbers soared, and now it is almost 100%. Unfortunately, with these reforms, the government failed to tackle the principal problem of the system, the QUALITY of the Indian educational system.

It is the government’s fundamental duty to run free and high-quality schools as mandated by the Right to Education Act 2014.  However, Indians seem to have lost their belief in public schools because of abject educational delivery across most states. With a lesser number of gifted individuals opting to teach and inadequate infrastructure, the teacher-student ratios continue to drop. Moreover, the school system fails to address the issue of employability.

The immensity of the problem is something that is unlikely to be corrected just by sporadic policy intervention. The education system needs to be restructured altogether, and School Management systems need to be implemented. Here are some solutions that can help India achieve the end goal of efficient educational delivery:

A healthy and accessible education system is the key to achieving India’s vision of being one of the world leaders in the 21st century, and to create an educational system that keeps the needs of his future citizens in mind. Based on these statistics, a public-private partnership in the education will help fuel the potential of the Indian people, and it would spark a change for everybody in the current competitive climate that exists around the world. For such endeavors to succeed, clear and concise guidelines need to be implemented, and a mechanism of accountability to be put in place.

In the words of Nelson Mandela, “education is the most powerful weapon which you can use to change the world”. So, regardless of the solution, the Indian Government intends to put in place, the clear conclusion is the something needs to change and to be improved. Without change, India’s future may be jeopardized.

10 STEPS TO CHOOSING THE RIGHT ERP SOFTWARE FOR YOUR SCHOOL, COLLEGE OR UNIVERSITY